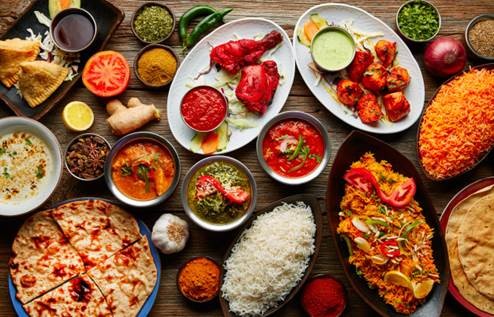 If you are like us here at Accesso Club, you are naturally curious about the world. However, if you don’t have time to go around the world, that’s okay. Actually, you can explore much of the world by simply staying right here in our beloved Houston. Since our city has so many wonderful restaurants that feature diverse cuisine for your taste buds, you can get a great meal while also finding out about various cultures. Here are some suggestions for some of the best international restaurants in Houston.

If you want to sit down and enjoy a great Mediterranean meal in Houston, we can’t think of a place that’s any better than March. Always exploring new ways to take their unique ingredients and turn them into a delicacy that’s even more spectacular than what’s already on the menu, the folks at March will make your dining experience one to remember. Under the guidance of chef Felipe Riccio, the March staff brings Mediterranean food to a whole new level of fine dining. As for what to eat, we suggest March’s Lamb Consomme and Tuna Ventresca.

If you haven’t had much Portuguese cuisine in your lifetime, you don’t know what you’ve been missing. To find out, make plans to visit Oporto. Considered one of the best international restaurants in Houston, it even features a kid’s menu. But for us adults, we suggest trying the Portuguese Power Lunch, which offers three courses for only $25. If you want to try this, we recommend the Caldo Verde, which is a classic potato and kale soup, followed by Portuguese Squid Fried Rice and a helping of house-made gelato.

With four locations in Houston, Mala Sichuan is an authentic Chinese restaurant that will have you coming back time after time for another great meal. Combining everything that makes Chinese food special, Mala Sichuan features a little bit of everything for those who love Chinese cooking. In our opinion, we suggest you try such dishes as Mala Beef Tendon, Original Wontons, and the Brown Sugar Sticky Rice Cake.

If you love Vietnamese noodles or have always wondered what all the fuss was about, you have to try Pho Saigon. Voted regularly as one of the best Vietnamese restaurants in Houston, Pho Saigon has a menu that is constantly updated for customers. If you’re like many Pho Saigon regulars, you’ll love the Steamed Rice Plate and the tasty Vietnamese Sandwich, which comes with your choice of charbroiled chicken, pork, or beef.

While we don’t eat Indian cuisine that often, when we do we remember why it is considered to be so delicious. We’re going to be like more and more Houstonians and make more frequent trips to Biryani Pot. Featuring nearly 100 a la carte lunch and dinner options as well as plenty of vegetarian meals, you’ll find something great with each visit. Also, the restaurant is noted for its extremely friendly service, so expect to get plenty of attention and see plenty of smiles from your servers.

When we first heard of the Blue Nile, we had to give this Ethiopian restaurant a try right away, and we are glad we did. In Houston since 1994, the Blue Nile has lots of great selections, some of which include Fitfit, Yemissir Wot, Chicken Tibs, and Shrimp Wot. For dessert, we suggest the delightful Pistachio Cake.

Billed as the best British pub in Houston, you won’t be disappointed once you walk into the Red Lion Pub. Very customer-friendly, the Red Lion has Fish and Chips specials on Fridays, Wings and Fries deals on Tuesdays, and of course plenty of the best beer anywhere in Houston. While you’re there, you can also catch the latest Astros game or a Champions League soccer match.

Finally, King’s Bierhaus brings the very best German food and beverages to us here in Houston. Growing in popularity by the day, we suggest trying The Texan, a gourmet hotdog filled with guacamole, pickled jalapenos, and much more. Also, have a BBQ Schnitzel along the way, which has pulled pork, mashed potatoes, and melted cheese among its ingredients.